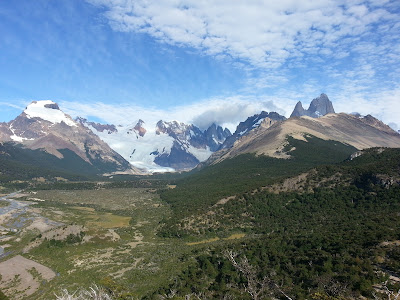 I live in San Francisco and I found none of my typically used airlines flew to all the different points of interest I had for Patagonia between Chile and Argentina. Given my previous experience with issues with complex travel arrangements and services that look for only cheap tickets I wanted to stick to one airline for all flights. I ended up using lan.com for all of my Patagonia flights, but I also relied heavily on the bus services as well, I booked those upon landing only. My flight itinerary was complex, some flight agents described it as complex as reading Chinese to them when they had to evaluating values for different parts of the flight when I later wanted to make flight modifications. Not sure how to simplify these issues. I'll clarify once again I wanted to work on rock climbing reconnaissance work for all these different areas. Based on a two week review on books and online information I determined I wanted to make sure to hit these areas in this order of priority: 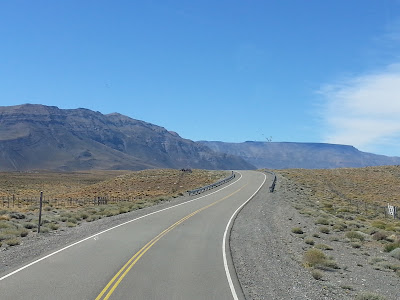 It turns out I couldn't find much about Los Gigantes area except a few paragraphs raving about their granite. Fitz Roy was certainly my top requirement and then my friend suggested Bariloche given its closeness to both the Lake District in Patagonia and a few references to beginner rock climbing areas online in that area. My friend had also recommended a different spot that I had never heard of to start trekking as well: Torres Del Paine. In the end it became easier to go from South Patagonia towards the North, starting from Torres Del Paine. Here's the dummied down version of the adjusted breakdown airports and respective major points of interest. I'll elaborate more into each one on their respective post. 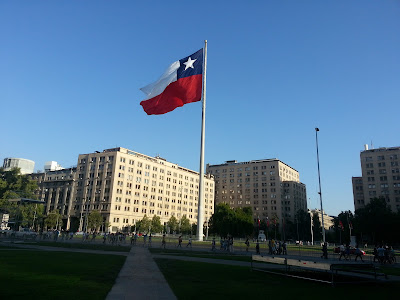 SAN and EZE are not part of Patagonia but I figured I'd make at a couple of days stop at each one to experience the city life there. I ended up meeting my friend to trek at Torres Del Paine and then after that we ventured on our own different paths through Patagonia. Fitz Roy would become the first trek and camping venture I would do alone. I was nervous but excited. Ah! My plan was to wind down at the end of my trip and take the opportunity to familiarize myself with Santiago and Buenos Aires before going back home. 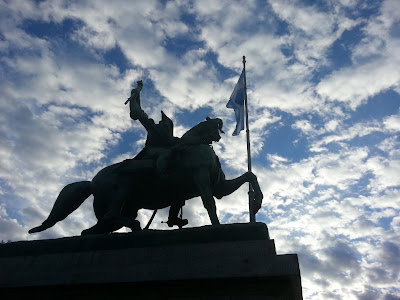 If you're planning to experience the best of Patagonia expect to be switching back and forward between Chile and Argentina. There is simply no place better than the other. If you have to make compromises though if you just want to Trek by all means do Torres Del Paine. If your focus is rock climbing, do Fitz Roy but also more importantly as I'll describe later, plan to spend a great amount of time at El Chalten. El Chalten stole my heart and if I ever go back I'll want to go submerse myself in that town for a good while.
Labels: Buenos Aires buses Chalten EZE Fitz Roy flights Lake District Patagonia PMC PUQ SAN Santago Torres Del Paine Travel arrangements
Location: Patagonia