Patagonia: Quick glance at its history 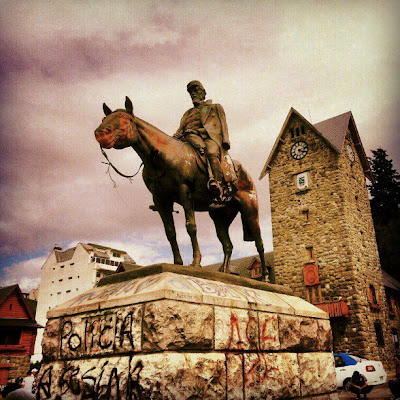 This monument at the Bariloche Patagonia Civic center, completely defaced with graphite, is of Julio Argentino Roca twice president of Argentina and the leader of the Conquest of the Desert in the 1870s to expand Argentina's dominance over Patagonia. It summarizes pretty well Patagonia history. Although the conquest for the desert was pretty successful it meant what many believe should be considered the genocide of local Indigenous Americans. 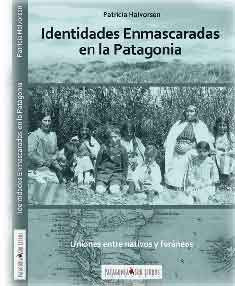 As I read on the book "Identidades Enmascaradas en la Patagonia" by Patricia Halvorsen, I learned that the Conquest for the Desert left swooping ratio of male/woman ratio of up to 300 men to one female. This gave rise to many orphans, called gauchos locally. The pure Tehuelche and Mapuche are hard to find now, and I've been told pure Tehuelches simply don't exist anymore. I also read many high figure diplomats in charge with expanding Argentina out to the Patagonia either had "chinas" (what they called indigenous females) mistresses or wives, at times denying them or admitting them and being declared traitors of the state, amongst other drama. Because of this and local labor issues in Argentina there is obviously some historical discontent with how history developed around the Patagonia. In Bariloche there was an attempt to tear the monument at the top of this post down in October 2012 by Cooperative May 1. I came to Patagonia to admire the mountains but left reflective of Patagonia's history. It'd be nice to read about Tehuelche or Mapuche decedents, even if mestizos, who at the very least do get a small claim in history at rock climbing in Patagonia instead of just being remembered as historical baggage. 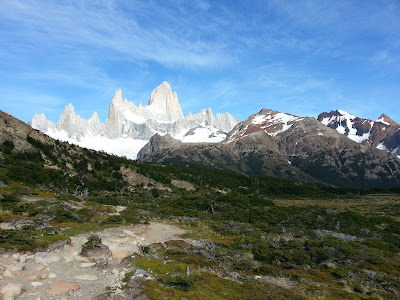