Why open hardware must succeed 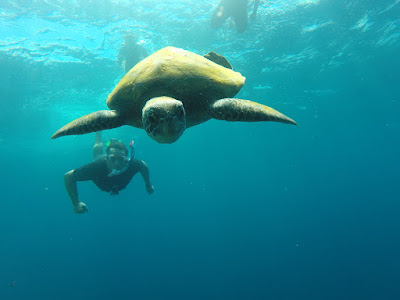 Back in 2013 I wrote a trilogy on the dangers of Free Software, the Free Software patent paradox and even threw in a quip over this topic and their relationship to the cosmos. I wrote this in desperation because, as I saw it at that time, there were really no good prospects in the near sight, it was unclear when we'd see a steady change towards the right direction, my post was meant more as an alarm -- to create consciousness over fundamental issues in our community. The tide is changing though, fast, and for the better. I recall reading about the open hardware summit efforts in 2010, back then I was not impressed though and the prospects seemed fuzzy. The 2015 Open Hardware summit passed a little while ago and upon reading about some of the talks and presentations, its clear now that momentum has built up significantly. This is slightly relieving but its not enough, we really need to create awareness that open hardware is not just about it being cool, fun and trendy, but also:
Ignoring these two principles will belittle any serious disruptive open hardware efforts as side projects. 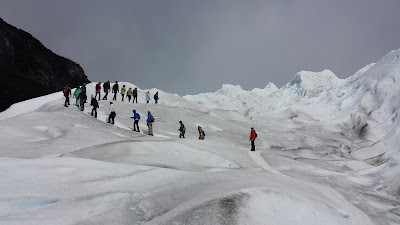 Statistically there really are only a few who will care about this topic -- those folks should know there is an uphill fight for the success of Open Hardware. Open hardware can be extremely disruptive and the type of changes to be expected from it can have significant economic effects on existing businesses, if existing businesses do not adapt. I've learned the hard way though that businesses not only are hard to change, they simply may not want to, even if you are certain you have a solution for them. Companies may have really good reasons to not change and one cannot not take this personal. You have to really think of the bigger picture, for instance if we shift the conversation of the possible disruption of "open hardware" from impact to existing businesses towards to the possible economic impact though it changes things considerably. Having an impact to a few companies should really be the least of concerns to the Open Hardware movement. The dangers involved with open hardware could mean huge shifts in state economics, but only those companies who could not afford to change or embrace change. In the worst case these days, where a possible Trump president seems sadly statistically possible, that's loose lingo which could easily be twisted by the craziest in America towards the topic of "national security". There always is plenty of work to trying to prevent unexpected huge tidal economic shifts in nation states, the TPP is one, but one should also consider funding in research as well. Although not related to open hardware, I'll mention a recent issue of relevance with an amazing FOSS project: sage. Last year William Stein made some effort to create awareness over issues of funding towards his open source mathematical suite which I'd like to use for some perspective. For a bit of background on how he started Sage read his "Mathematical Software and Me: A Very Personal Recollection". You really do have to ask yourselves then why would the Simmons Foundation in their right mind would pick a proprietary product over an open source project at a funding event which actually listed as a goal to "to investigate what sorts of support would facilitate the development, deployment and maintenance of open-source software used for fundamental research in mathematics". Stein explained in details on his trials over this effort on his post "The Simons Foundation and Open Source Software" (refer to hackers news discussion). One of the only sensible things that comes to mind is the possible impact on economics, disruptive economics to existing proprietary mathematical suites in the United States. Naturally, you should then expect different economic regions with different interests to have different motivations and perhaps more keenly interested in supporting these efforts, that actually happens to be the case, refer to the European "OpenDreamKit: Open Digital Research Environment Toolkit for the Advancement of Mathematics", which will "provide substantial funding to the open source computational mathematics ecosystem, and in particular popular tools such as LinBox, MPIR, SageMath, GAP, Pari/GP, LMFDB, Singular, MathHub, and the IPython/Jupyter interactive computing environment". The point I'm trying to make here using Sage as an example if you do not get much support for open hardware research at your University, don't be surprised, realize what you're up against, the entire evolution of silicon valley and the economics behind that.

Fret not though, I wrote this post also make emphasis on both principles stated above, the second one deals with my own conjecture on that open models will win.What we need is math, tons of fucking math, semantics, grammar, and more precise science behind what we do with open models. If you are not using the scientific method for evaluation of progress / gains / bugs /etc in any way for your own project I highly suggest you consider it. Be pedantic over everything you can measure. Do not get discouraged to find out that the respective proprietary piece you are trying to replace has no such metrics for comparisons. That's not coincidence, its why it survives after all. I'm delighted to report that since my last calling for metrics on FOSS we have had a huge shift, not only are people really meeting up just for this topic alone (FLOSS community metrics meeting in Brussells) but there are companies spawning (bitergia) and dedicating themselves to this end, and I'm also seeing a lot of folks starting to talk about this at conferences I attend.

Academia can also help shape economics for the better. When it stop doing this, academia has failed us. Its fairly understandable that economic pressures may have historically influenced academia, but if business and economics theories do not account for the need for self reinventing and dynamic changes in the market, then those economics and market theories should also be re-considered, specially in a time of age where the speak of exponential growth, evolution and change is becoming standard. Intellectual Property remains a clear challenge, I've been dealing with patent issues since my University study days when learning about polynomiography when I was told I could not release a piece of code as open source to the community as my professor had patents over the subject, but surprisingly its still a lingering issue even for new trendy University efforts such as Singularity University. Open Hardware will suffer because of patents, its why Open Hardware is key to the success of the open source movement: the open source movement has historically faced challenges with patents, but in the worst case the dangers here lie in that free software developers could become a dying breed (for details refer to this trilogy post on the patent paradox). Open source developers include free software developers but free software hackers do it for a cause as well. Patent bloat companies want to hire zombie open source developers, that do not care about these issues, they will do anything in their power to keep the status quo. Because of this Open Hardware development is a key requirement to the success of the open source community, not only will it provide an outlet for free software developers but it also enables open source developers to get better hardware without bullshit restrictions.