COVID19: don't think about tomorrow, it's too small

Out of the few events I enjoy the most in San Francisco is attending the Long Now seminars. Not all seminars are great, but the push to drive folks to come together and think about the really long term through talks is pretty unique, specially if afterwards you can then discuss the topics with a group of friends or family. After COVID19 kicked our teeth in, I knew I had to eventually take some time to sit and think about what the implications about this pandemic are for the long term. I knew this could transform my perspective and expectations a bit, but quite frankly I also dreaded a bit the philosophical turmoil this might bring on me for a while. My procrastination has proven futile, a conversation with a good friend yesterday set the thought process in motion, and as expected my outlook on this pandemic is quickly shifting for the better. This delayed exercise, has made an aspect about our human evolution come into the light for me, and it is clear now, just as if I were looking at it through a mirror. Once it is there, one cannot ignore it. It is only day 1 since I started trying to look at COVID19 through these lens, and the mental fruits I am collecting from it are rewarding enough, that I wanted to share and encourage this exercise with others. I'll encourage this by going through a few of the brain farts floating around right now. I cannot help but wonder, with optimism, what revelations or ideas you might come up with as well. 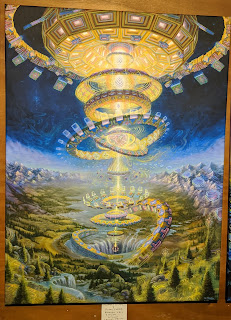 First, was COVID19 expected? It really depends who you ask. It certainly caught many off guard, but I'm starting to accept it as nothing but a small episode which is part of our chaotic human evolution. There are some human concepts which exist which try to create awareness of highly unexpected events with huge impact. Black Swan is one, however even the author of the concept, Nassim Nicholas Talib, states this is not a black swan, Talib believes that this is a White Swan. He goes on to state that there is no excuse for companies or governments to be unprepared for this, and because of this he strongly disagrees with the bail outs for companies so far as to call them immoral, specially if CEOs keep rewarding themselves handsomely with bonuses. In terms of the long term, Talib's logic here for immorality is that those companies not prepared should simply suffer their due economic course, and that a bail out is taking tax payer money away from those in need -- there is no relationship between tax payer money and lack of preparation by companies. While I can see arguments be made against the immorality claim here, if one claims complete ignorance of the possibility of such an event, it is still not a strong argument if one takes a position that CEOs should be well educated and prepared. We could at least probably agree that businesses being bailed out completely failed to prepare for any serious pandemic. In terms of the predictability of this event though, Talib is right, not only did we have movies predicting some of what could happen, we even had governmental operations to simulate this with extreme mind boggling similarity, such as Crimson Contagion in United States. Yet many countries were still shocked by what happened. Countries that had enough intelligence to even let you create a full swing government funded simulation have absolutely no justification to say that they could not have seen this coming. Let me be very clear, United States fucked up, and it fucked up big time. I'm only willing to give countries without intelligence communities predicting such events the benefit of the doubt. And perhaps you might still disagree that this could not have been expected, however, I'd be surprised if you would believe that this can catch us off guard again. Fool me once, shame on you, fool me twice, shame on me. In the long term, this is simply no fucking excuse to be unprepared. 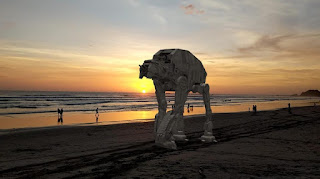 The first concept about implications about the long term that came to mind was that despite how amazing modern technology is, it still hasn't been witness to the scale of such a pandemic. This is evident by the knee-jerk reaction technology companies are having by trying to help with applications to do contact tracing, just as well as the concerns which are bubbling up about privacy over this. To me, modern technology was born with the birth of the transistor in 1947. Since then we have seen pandemics such as HIV, Ebola, Swine Flue, but none of these have had such a global drastic impact on health, economics and social life as COVID19 has. Pandemic or not, no event since the birth of the transistor has pushed the entire planet to huddle indoors for months, all at the same time. We are now even having successful full video conference funerals. If modern technology could talk, it could easily bark, What The Fuck. Although a lot of what has happened is negative, in light of how new all this is to technology, there are many opportunities to improve things, and there are also many opportunities for paradigms to succeed and flourish. Trends, such as working from home, which many Silicon Valley companies are famous to historically loathe, will have no option but to evolve to accept as norm. Working from home trends can also easily be supported by the observed quantitative gains in improvement of air quality across cities world wide. Companies engaged with open source and decentralized distributed software / hardware development models should thrive without as much disruption other than economic collateral by partners, in comparison to those requiring in-person meetings and a centralized development models. I invite you to consider what things we could do better in technology. 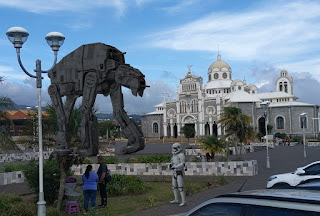 I've had conversations with friends who argue that only communism could have prepared countries with such strict measures to successfully quickly flatten the COVID19 curve. I disagreed back then, and now I have stronger evidence.  Although United States completely fucked up, there are modern capitalist democracies which will remain in history as shining beacon examples of what countries should have done. Costa Rica is one of them. Although Costa Rica depends heavily on tourism for its economics, it shut down its borders, and all of its national parks, beaches, and heavily restricted vehicle traffic with heavy fines. I am very well aware how much it sucks to not be able to surf during this pandemic, and yet, the majority of Costa Rica surfers, and even surf shop owners lead by example and promoted stay at home best practices. I'm sure that with time some folks will try to study and dissect how Costa Rica was so successful at this. Although I can't claim to be able explain all the factors that played into this, I am confident that at least one large factor should be the amount of money that Costa Rica has been able to re-purpose from not having a military into education and health. The investment in not having a military, and re-purposing it has paid off handsomely today. I'm also sure that the solidarity that Costa Rica's politicians and ministry of health has brought upon its citizens has helped tremendously. The ability for a government to create solidarity throughout its entire country has never been more important than now. 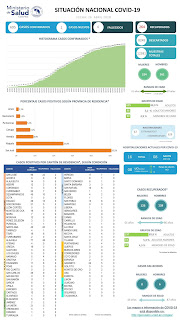 Yet strong capitalist countries have suffered deeply. As with technology, has capitalism not suffered a similar tragic event to not learn? Quite the contrary. The Spanish Flu was much worse, it killed more humans than those who died from the First and Second World War, combined. And during the Spanish Flu pandemic the First World War was in full swing, that pushed many governments involved in the war to down play its effects. So why hasn't it evolved? I really don't know. What I do know is as with technology, there is room for a lot of improvement. I've argued before how Capitalism is broken, and how a quantitative ethical capitalism can help. I stand by that statement, and I think that there is more evidence for that now than ever before. The flaws of modern capitalism should reveal metrics and assessments which today we simply do not measure or quantify. There are a lot of opportunities here. The tangible economic impact that drastic stay-at-home measures has had on industrialized agriculture and farming are breeding grounds for quantitative economic evolution and business development. The loss of not having been able to be prepared for such situations, or for having pushed agrarian and farming industry to the brink, to which COVID19 could be nothing but possible collateral, are areas of huge opportunity for evolution of a new age of capitalism, or Capitalocene. If we had quantitative assessment of risks brought on by certain practices, markets should react negatively to brain dead dangerous practices, which would otherwise sink the global economy. If the concept of Anthropocene is new to you, I highly recommend David Grinspoon's Earth in Human Hands book, it introduces the concept from an astrobiology perspective but focusing on Earth instead of what life might be like in far away planets, as astrobiology typically focuses on. Call it what you will, if you want to see this in a positive light, as the awareness of the concept of the age of the Anthropocene spreads, capitalism must evolve to take into consideration Anthropocene responsible investing. If you want to look at it in a negative light, those companies and markets which do not get their shit together are doom to failure. 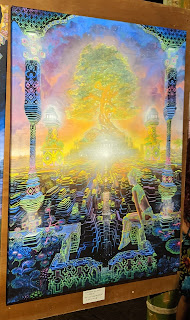 This long term exercise on capitalism and government is also revealing to me that countries without their own intelligence community are at ends when it comes to pandemic predictions. This has a few implications. One, is that those which do have the capability for intelligence organizations that can even put together pandemic simulations such as Crimson Contagion, have a global moral responsibility to share awareness about tangible risks to both sovereign nations and markets. Evidence shows that knowledge of risks of such a pandemic paid handsomely to bets made in the stock market to those with access to this information, and which illegally abused this information for personal gain. Second, in lieu of such intelligence organizations existing in many countries, and if governments with them are will not share intelligence on pandemics globally, perhaps countries without enough resources should band together to prepare, as a collaborative effort. 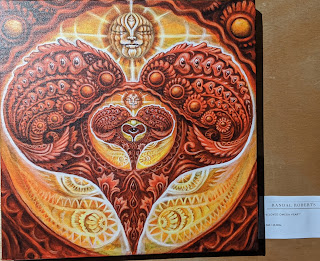 burleighcrc said…
I agree with a lot of the points you made in this article. If you are looking for the Trouble Breathing, then visit Burleigh Cove Respiratory Clinic. I appreciate the work you have put into this and hope you continue writing on this subject.
1:24 AM