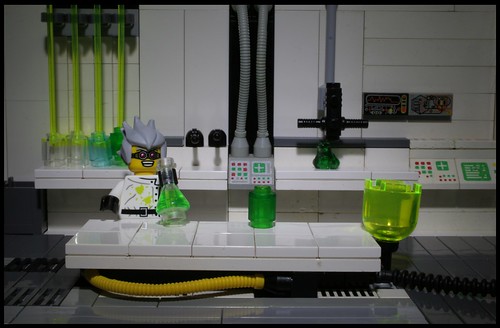 "The method of science, as stodgy and grumpy as it may seem, is far more important than the findings of science" - Carl Sagan

This quote is from Sagan's book "The Demon-Haunted World" in which Sagan tries to explain the scientific method to lay people but also where he spells out his love affair with science. Its easy to say you believe in the scientific method, its harder to appreciate without a great example. I think I have a decent example and fortunately a few video recommendations to help. The big bang theory has an interesting scientific method evolution that I hope to use to use to set the bar for what might be considered "big theories" and also to set the stage for my next blog entry to review an aspect of science Sagan didn't publicly discuss but that I do consider important. 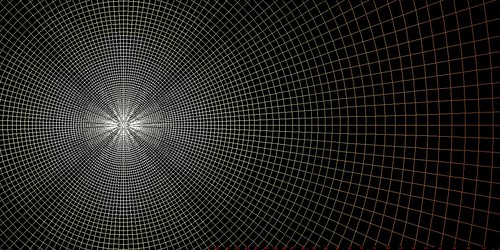 If you're too lazy to read this entry go on and watch the video, The Universe Season 1, Ep. 14 "Beyond the Big Bang". I personally have a disdain towards the History Channel's approach to educate over the cosmos as I consider it portraying on the sensationalist aspects of it,  however the alternative that I'd typically recommend to watch, episode 10 from Carl Sagan's Cosmos, the 'Edge of Forever' doesn't go into the level of detail on historical aspects of the evolution of the discovery of the big bang. I'd recommend watching both. I appreciate much more Sagan's Cosmos series as I believe it conveys more an appreciation and love for science. Even if it was originally broadcast in 1980 it is still very relevant. Fortunately a 2014 remake titled Cosmos: a space-time odyssey is in the works! I'd hope in this remake they'd take into consideration building a huge appreciation for the scientific method somehow. 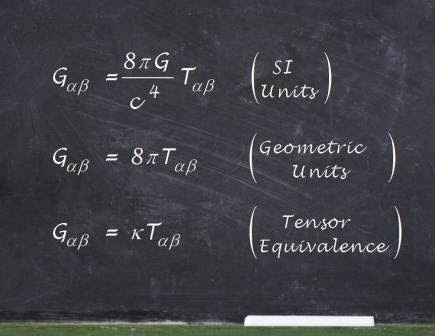 The big bang theory started with inspection of Einstein's 10 field equations on gravitation, the heart of his General theory of relativity published in 1916, that "describe the fundamental interaction of gravitation as a result of spacetime being curved by matter and energy". Alexander Friedmann was the first scientist to poke at them and by making some assumptions derived what we call Friedmann Equations in 1924. The Friedmann Equations were implying that the universe is expanding. Later Georges Lemaître proposed the same thing in 1927. Despite all this work no one took the idea too seriously, in fact even Einstein was opposed to the idea, its reported he expressed to Lemaître: "Your calculations are correct, but your physics is atrocious". It wasn't until Edwin Hubble made a similar proposal through the discovery of what we call today Hubble's Law in 1929 that people started to take the idea more seriously. Its critical to point out though that prior to 1924 it was widely accepted that our Galaxy, the Milky Way, was the only galaxy in the Universe! Hubble threw this idea out the window in 1924 when by using the Hooker Telescope (kid you not, that's what it's called) he discovered that a nebula he was observing could not possibly be part of our Milky Way, this nebula is now known as the Andromeda Galaxy, and suddenly the universe grew quite a bit. This awesome discovery likely inspired Hubble for his efforts on what we know as Hubble's Law but note that many folks opposed all these ideas initially, specially prior to the publishing of Hubble's Law. The discovery of the Andromeda Galaxy in no way was sufficient to accept the idea that the universe was expanding. Hubble was not alone though... Milton L. Humason,originally a former mule team driver with no education past the age of 14, and Vesto Melvin Slipher actually assisted Hubble in formulating Hubble's Law, these two actually contributed hugely to what is incorrectly credited to Hubble alone with discovering the redshift of galaxies. Lemaître was actually the first to derive and made the first estimation of what is now called the Hubble constant, which he published in 1927, two years before Hubble's article! Hubble's original measurements were off though and his math was implicating that the Universe was younger than what we had already accepted as the age of our very own Planet Earth. Hubble's issues were caused by instrumentation errors and they'd later be corrected. Due to all this though and to emphasize an appreciation of the stodgy and grumpy issues with science I'll simply refer to Hubble's Law as Bubble's Law. Even though Hubble's work was good there were folks who still opposed the idea of a big bang, Fred Hoyle being the biggest opponent. Hoyle proposed a Steady State Theory which challenged the big bang theory. It promoted the idea the universe always existed and it just evolved, it claimed the universe evolved through the idea that atoms on our in our periodic table evolve over time. Hoyle side stepped the issue of how Hydrogen came about originally, he side stepped this issue and simply claimed that both Hydrogen and Helium always originally existed. Hoyle was so opposed to the idea of a big bang he even went on the BBC on the radio to explain why he was opposed to it, in fact it was on this BBC airing where he coined the term 'big bang' as a way to promote his idea that matter is created continuously! Around the same time though a dude called George Gamow proposed something similar but stated that elements in our periodic table came through because of the big bang. Gamow relatively sucked at math though but one of his undergraduate students, Ralph Asher Alpher, was pretty good at math. Alpher and some other dudes proposed that if the big bang existed we'd have to have some sort of radiation looming around the universe to this day. They were right and later in 1964 what Gamow, Alpher and friends proposed was confirmed in what today we know as the Cosmic Microwave Background radiation.

The Cosmic Microwave Background radiation was the smoking gun but its really only once all these are put together that we get enough evidence to allow the Big Bang Theory to become the prevailing cosmological model that describes the early development of the Universe! In short there were easily over 8 scientists, random laymen, and curious folks in between Einstein to the Cosmic Microwave Background radiation, from 1916 when Einstein originally published the General theory of relativity down to 1964 when the cosmic microwave background was discovered, 48 fucking years apart! In between Lemaître's "primeval atom", the original state of the universe, to the Cosmic Microwave Background radiation we have 33 years. A theory is just a theory and the scientific method requires awesome and exceptional evidence. Go back and read again the quote I started this post with by Carl Sagan, I hope you can seriously appreciate it more now. In appreciation for creating more awareness of the what is required of the scientific method perhaps we should just refer to the Big Bang as the Bubble Bang. Now for something completely random to end with, go read about Bubble Theory and Bubble Universes. And a random bubble fun fact as a prelude to my next related post: Did you know its claimed that Lemaître is one of the authors of the Fast Fourier Transform?
Labels: Alpher Bubble Bang Bubble Universe Bubble's Law Cosmic Background Radiation Cosmos Einstein Evolution of the Big Bang Theory Friedmann Gamow Hoyle Hubble Humason Lemaître Multiverse Scientific Method