The importance of the GPL 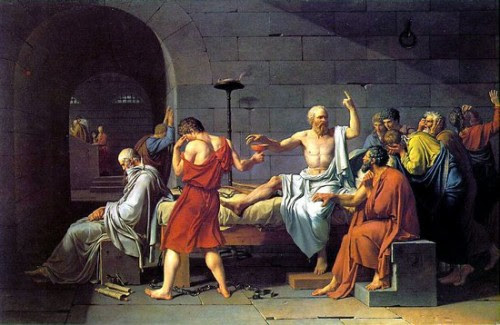 The GPLv2 was masterpiece for its time. It did to software the inverse of the extent to which copyright had been extended for and its effect on software freedoms, which at that point we didn't even know we had. In fact, I'm pretty confident users to this day do not realize they have software freedoms. Its a complete revolution in terms of paradigm shift on licensing and copyright practices. It has had far reaching consequences to the software industry and has motivated dozens of new projects such as Wikipedia, the Creative Commons, the Open Hardware movement. Its impossible to estimate the impact of the influence of the GPLv2 today on other realms.

Free Software was not invented by Richard Stallman but I certainly consider him as the founding father of Free Software Philosophy. How you use this philosophy is up to you, but the moral arguments are clear.  Although the GPLv2 was released on 1991 Stallman wrote GPLv1 in 1989. But we already had free software before that, the 4.3BSD-Tahoe release was made in 1988 and that's when we at least have some record of the BSD license first being used. The BSD license is what we now know as a "Permissive license". Its a Free Software license but its not Copyleft. The idea of copyleft was the hack that Stallman introduced to licensing with the GPLv2. The rest is history.

One of the most successful software projects to embrace the GPLv2 was Linux. One can certainly enter into a debate as to what contributes to success of Linux, but one cannot dispute that the GPLv2 helped. Whether or not it was the element that set it apart from the BSDs is hard to prove, the BSDs lacked wide adoption for  long period of time to Fear, Uncertainty and Doubt over the legality of the BSD releases. That itself may have been the pivotal factor that really pushed people on the shiny legally clear new kernel on the block, Linux.

It does not matter. Linux is here to stay, but we need to highlight that a lot of developers chose to contribute to the Linux kernel under the GPLv2 to ensure their freedoms are not taken away. That makes sense. The GPLv2 has broad implications and it does include clauses which require even the re distributor of GPLv2 software to provide installation scripts and/or instructions. I'm not going to get into the details of this but to explain this a little better I'll demonstrate the importance with an example.

I purchased an LGE 42LG50 TV a while ago, in it in the manual was a copy of the GPLv2! It said I could get the source code for my own TV. Pretty cool right? I asked for the source code to the e-mail address listed on the booklet and I had a huge delay in getting a response. Eventually I got some instructions on how to get the source code and I followed them but the process sucked, so much I had to record it and post it on YouTube for my own due diligence on proving I am trying to follow the instructions properly and am not able to get the code I am entitled to. In the end I got the code and I started my own OpenTV. Unfortunately I was unable to get the scripts or instructions on how to install this damn thing on to my TV. I legally entitled to it, but LGE was not giving me these instructions or scripts. I poked Bradley Kuhn again but unfortunately he had other bigger fish to fry. Oh well. This sucked.

What this goes to prove is that without GPLv2 enforcement we are shit out of luck on our freedoms. This time it certainly was just the install scripts / instructions but how many projects do you think exist that are using the GPLv2 but the license is being violated for? A lot! This sucks too. This is why I support GPLv2 enforcement.


I also think we can do better too though, but more on that dot later, for now I just want to highlight and reiterate that the GPLv2 was a masterpiece, I highly respect Stallman for authoring that and I also suspect that the FSF evolution and stewardship on the evolution of Copyleft licenses is silly to undermine and I would highly recommend for any new Free Software project to seriously consider embracing the newer GPLv3 if what you believe in is in Free Software and you do believe our freedoms are important to maintain. If you are concerned over the GPLv3 then I invite you to reflect upon the not so publicized fact that the GPLv3 had a proposed edit and revision from 4 major corporations: IBM, Red Hat, Novell, Intel. I supply the proof above. I will remind you that if you violate the GPLv2 there is something called the "GPLv2 death penalty", GPLv2 section 4, by which the violator can no longer use or redistribute that software, ever again. The GPLv3 addresses a much less harsh sentence. There are a lot of other reasons to consider the GPLv3, but for more details see the LF Collab slides on why the SAMBA team chose to move to the GPLv3.

I know.. die-hard GLv2'ists may cringe reading all this blasphemy, but I don't care. I also think we can do better, but more on that dot later...